Just like whales, they are marine mammals. They belong to the order of odontoceti (that is, cetacea with teeth). Several species are categorised as dolphins and they can be found in the sea, as well as in certain rivers.

Their morphology is dictated by the aquatic environment in which they live and to which they are perfectly adapted.

Let’s go through this together: its jaw is called a rostrum and generally has numerous teeth (Except, for example, Risso’s dolphin, which only has a few teeth in its lower jaw). This ‘mouth’ serves well in trapping prey, but also in protecting itself in clashes with its adversaries.

As with whales, evolution misplaced the dolphin’s ‘nose’ on its head, which closes when it dives and opens when it is on the surface, so that it can breathe.

It does not have visible ears (a tiny opening of 2 to 3 millimetres at the back of its eyes serves as a replacement), in fact, the whole of its skull, including its lower jaw, will help it capture sounds that are transmitted to its internal ear for processing by the brain. One could say that the dolphin ‘sees’ sounds, since Nature equipped it with an extraordinary system which helps it observe its environment without using its sense of sight.

This system consists of the receiver described above, as well as a transmitter which will help it produce sounds that will bounce off obstacles before coming back. This faculty is called echolocation; it offers dolphins a sound image of its surroundings.

How does it work?

When a dolphin wants to have an overall image of something, it issues low-frequency signals that are propagated over several hundreds of metres, but are not very precise. To see a detailed image, it uses high-frequency signals with a reduced range which provide an impressive amount of information, ranging from the shape of the objects and/or creatures that are in its environment, to their texture and it can scan living beings, since its natural scanner sees through the skin!

This explains how blind fresh water dolphins exist (for example, those from the Indus). Living in muddy rivers, they have lost the use of their eyes, but they compensate for this with their sonar system. How do they see?

Their eyes are very efficient (with the exception of blind dolphins, which we have mentioned above). Their lenses are in fact capable of changing shape, according to whether they are under or on top of the water, thus offering them excellent sight in all circumstances.

Why do they have this morphology?

The dolphin has 2 pectoral fins, which, together with its dorsal and caudal fins (tail), form its propulsive and directive system. It’s underwater movement capacity is remarkable, it must be said here that evolution created a masterpiece which enables it to travel at more than 45 km/hr (in comparison, the fastest human swimmer can not even exceed 10 km/hr!).

How is this possible?

Everything about the dolphin is optimised for performance in the water: its skin, with a structure modified in terms of speed, which in certain circumstances even produces oil; the hydrodynamic form of its body; the position and shape of its fins; the absence of any roughness which could slow it down. When it attains its maximum speed, it regularly leaps outside the water, because the air resistance is weaker and it can accelerate even further.

It’s the sprinter of the seas! The quintessential model of the species, the bottlenose dolphin, measures between 200 and 300 kilos, with a length of about 3 metres...

How do they reproduce?

Dolphins do not pair up permanently, they choose a different partner each time they reproduce. The duration of gestation depends on the species, but the bottlenose dolphin has a gestation period of about 12 months. It is essential that the baby dolphin, which enters the world tail first, be accompanied to the surface in order to be able to breathe; this task is often accomplished by a ‘godmother’, which assists the mother at birth. This solidarity between females is manifested in many ways and is representative of the social organisation of dolphins (See the following paragraph).

The baby dolphin will breastfeed for about 1 and a half years and will learn little by little to hunt and feed itself. It will, however, continue to be in contact with its mother for several years before acquiring complete independence and in turn reproducing.

How is dolphin society organised?

We all know that dolphins are friendly towards man and there are numerous anecdotes which have been reported of rescues they have conducted. It is in fact little known that the dolphin is an animal which develops close relationships with the members of its community, because it needs alot of exchange with its fellows. These exchanges take different forms, communication by sound, contacts, games, etc.

Under the authority of a chief (male or female), the social structure of groups of dolphins is based on sharing and solidarity, and an individual in danger or in a weak state is never left alone.

What do they eat?

Essentially they are fish, however, they do at times group up with several hundreds of individuals in order to hunt entire schools. Depending on the circumstances, they also feed on squid, octopus, and even molluscs. What are the dangers that threaten dolphins?

Fishnets: What could be more attractive than thousands of fish caught in a trap? But dolphins which rush towards these drift nets that at first sight seem to be filled with food will in turn find themselves blocked and will be irretrievably drowned...

The same phenomenon occurs with lost or abandoned nets.

Pollution: The insensitive increase of human waste in the sea, whether accidental or voluntary, is one of the most serious threats against dolphins (Hydrocarbons, sewage water, chemical waste, wrecks, munitions, radioactive products, etc.).

Natural predators: The only true predator of the dolphan is the orca which is part of the same family but which is clearly superior. It ranges from 5 to 9 metres in length, with a weight of 2 to 9 tonnes, however, it is…

Man: Who represents the biggest threat to dolphins, with his terrible impact on the environment. 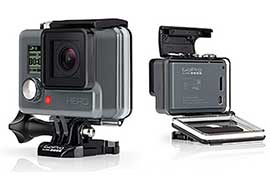